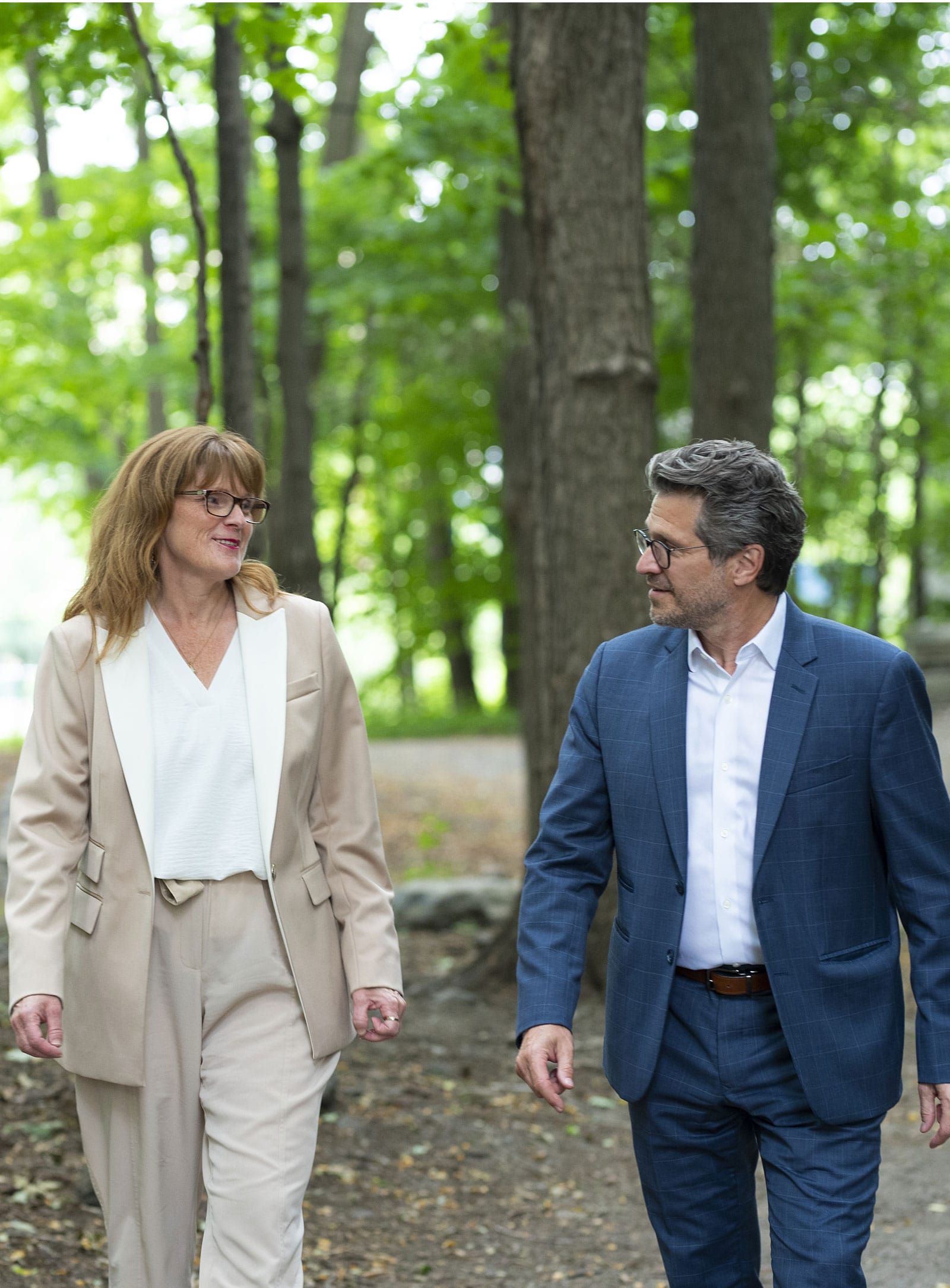 Manon Jeannotte is an FNEE co-initiator and co-ambassador. She has more than 20 years of political, governance and advocacy experience within First Nations communities. She is a chartered director (ASC) and a graduate of the McGill–HEC Montréal EMBA program. She spent 12 years in a leadership role in her community, first as a councillor, then as chief.

She is the recipient of the first McGill–HEC Montréal EMBA scholarship for managers of Indigenous origin, a scholarship from the Office of the United Nations High Commissioner for Human Rights and an award for her contributions to commemorating the history of First Nations and Inuit people in Quebec.

In addition to her role as FNEE co-initiator and co-ambassador, she is the pedagogical co-lead.

Louis Hébert has been teaching strategy to MBA and EMBA students at HEC Montréal for more than 20 years. He is a multiple recipient of the MBA program’s Professor of the Year award. He has an extensive background in teaching business strategy and international management at a number of executive programs in North America, Europe and Asia.

He sits on several boards and consults for the private sector. He is also a frequent media contributor on the topic of strategy, as well as the editor and co-author of the book Paroles de PDG – Comment 75 grands patrons du Québec vivent leur métier, published by Les Éditions Rogers. He is an FNEE pedagogical co-lead.

They are surrounded by a team of influential experts with:

Get to know our team