First Nations Executive Education (FNEE) is pleased to have the support of TD Bank Group as a Founding Member of the institution. This valuable partnership is made possible by TD’s generous donation of $1,250,000 over five (5) years to the Fondation HEC Montréal.

“At TD, we believe that education paves the way to a world of infinite possibilities. We are proud to support First Nations Executive Education and contribute to providing elected officials, administrators, managers, entrepreneurs and young leaders in First Nations communities with access to high-quality learning experiences so they can build stronger and more resilient communities,” said Sylvie Demers, Chair, Quebec Market, TD Bank Group.

TD’s generous donation will allow FNEE to continue developing its programs for different types of First Nations leaders and ensure the institution’s sustainability.

“It is with great pride that we welcome TD as a partner. We appreciate the vote of confidence and the opportunities that this collaboration brings. A project of this scope would be impossible without partners. Through this contribution, TD will be helping to accelerate FNEE’s growth and thus strengthen the political and economic leadership of First Nations in Quebec,” said First Nations Executive Education Director Manon Jeannotte.

Indeed, with the relevance and variety of its programs and customized training, FNEE aims to equip elected officials and administrators, entrepreneurs, managers, women and the next generation of First Nations, in addition to raising awareness among the non-Indigenous population about Indigenous contexts and realities. 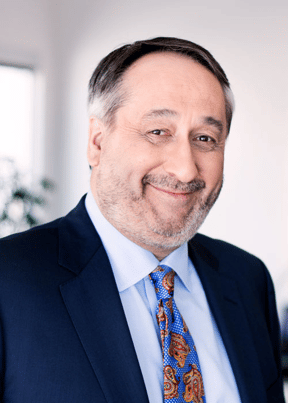 “The HEC Montréal Foundation is very grateful for the TD Bank Group’s donation, which will allow FNEE to continue to focus on supporting First Nations leaders and increasing the impact of this innovative program within our community,” said Michel Patry, President and Chief Executive Officer of the HEC Montréal Foundation. “By renewing their commitment, TD is showing that the unwavering support of our corporate partners has powerful and vital repercussions on our entire society.”

The exciting announcement of TD Bank Group’s acceptance as a Founding Member was unveiled at FNEE’s first anniversary event on November 17. The event brought together many influential figures from the Indigenous and non-Indigenous political and economic communities, including Mr. Ghislain Picard, Chief of the Assembly of First Nations of Quebec-Labrador, Mr. Ian Lafrenière, Minister responsible for Relations with First Nations and Inuit, Ms. Pascale Déry, Minister of Higher Education, Mr. Federico Pasin, Director of HEC, Mr. Serge Lafrance, Director of the HEC Montreal School of Management.

Also among the guests were several Chiefs, Grand Chiefs, Vice-Chiefs, Board Chairs and managers of Indigenous communities and organizations, people representing First Nations partners, Hydro-Quebec, a founding member of the FNDA, the Government of Quebec and BDC, a partner of the FNDA’s entrepreneurship programs, whose presence does justice to the importance of the FNDA as a catalyst for the empowerment and self-determination of First Nations.