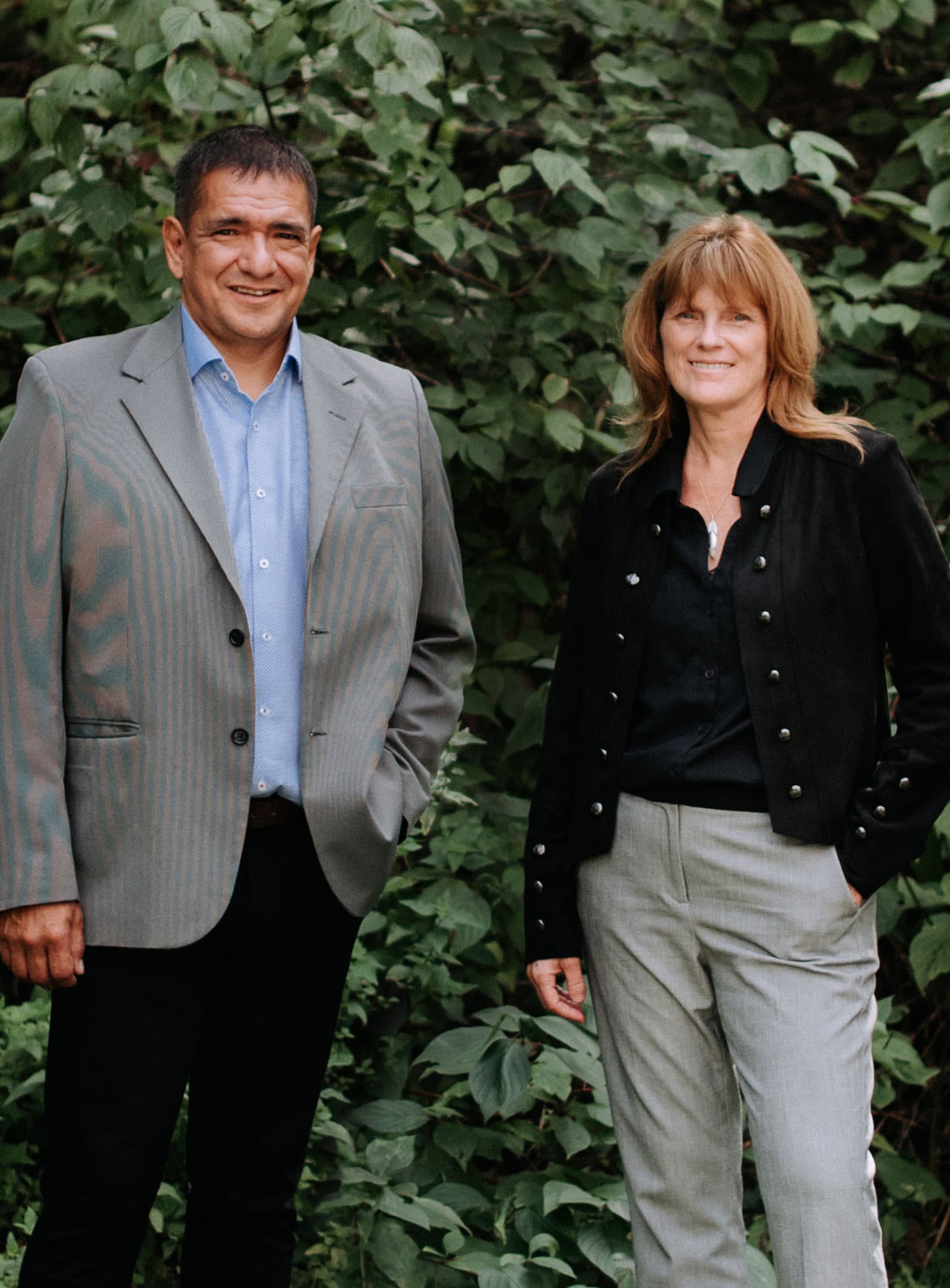 Manon Jeannotte is a First Nations business development and governance consultant and an FNEE co-initiator and co-ambassador. She has more than 20 years of political, governance and advocacy experience within First Nations communities. She is a chartered director (ASC) and a graduate of the McGill–HEC Montréal EMBA program. She spent 12 years in a leadership role in her community, first as a councillor, then as chief. She is the recipient of the first McGill–HEC Montréal EMBA scholarship for managers of Indigenous origin, a scholarship from the Office of the United Nations High Commissioner for Human Rights and an award for her contributions to commemorating the history of First Nations and Inuit people in Quebec. In addition to her role as FNEE co-initiator and co-ambassador, she is the pedagogical co-lead.

Prior to joining SDEUM, Me Ken Rock acted as chief negotiator and director for his community’s Land and Rights Protection Office during the signing of three impacts and benefits agreements as well as two others on mining exploration with mining companies. In addition to his role as FNEE co-initiator and co-ambassador, he will co-facilitate workshops in modules 1 and 4 of the upskilling programs for elected officials and administrators. He is co-initiator and co-ambassador of the FNEE, as well as co-facilitator of workshops as part of modules 1 and 4 of the professional development programs for elected officials and administrators.